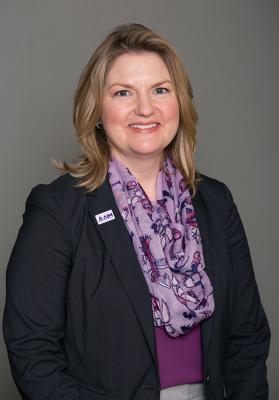 Amy Newman serves as the Alzheimer’s Impact Movement's Director of Development. She is responsible for developing and executing a comprehensive strategy to build on current support and grow support for AIM. She also raises funds for AIM’s political action committee, AIMPAC.

Before assuming this role, Amy joined the Alzheimer’s Association in 2013 as a Major Gifts Officer focusing on the Maryland and Washington, D.C. region, and later was a Senior Donor Advisor and expanded her region to include Virginia. Amy received her Certified Fund Raising Executive (CFRE) certification in 2016.

Prior to joining AIM and the Alzheimer’s Association, Amy was the Resource Development Director for a Boys & Girls Club in Oregon where she oversaw an $8.7M capital campaign that was completed in 18 months.

Amy began her fundraising career in politics managing governor and congressional races. During her 12 years in the political arena, she also served as the Executive Director for a state party during two successful presidential campaigns in a battleground state.