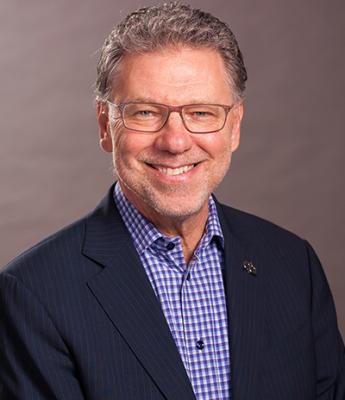 Past President and CEO

Under Johns' leadership, the Association created and drove the public discussion about Alzheimer's in America, raising the cause to unprecedented levels of recognition and support and transforming the disease into a movement. Johns' tenure saw the Association accomplish a number of milestones.

The Association's global leadership in dementia research reached new highs, with investments of more than $310 million in over 950 projects at the end of his tenure; when Johns took over as president and CEO, those numbers stood at $63 million and 301, respectively. We now have the first FDA-approved treatment for the underlying biology of Alzheimer’s, with new treatments in the pipeline.

In tandem with the Alzheimer's Impact Movement (AIM), a separately incorporated advocacy affiliate established with Johns' leadership, Association advocacy achieved significant public policy gains, including increases in federal research funding to more than $3.5 billion annually — a seven-fold increase since the National Alzheimer's Project Act was signed into law in 2011.

The Association emphasized fighting stigma about the disease by raising awareness; expanded its reach to provide care and support more than 7 million times annually; and established diversity, equity and inclusion as a mission pillar.

Due in large part to Johns' leadership, the Association is better positioned than ever to achieve our vision of a world without Alzheimer's and all other dementia.