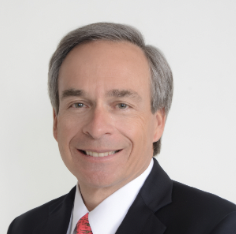 Steven G. Osgood has served, since 2008, as the Chief Executive Officer of Square Foot Companies, LLC a Cleveland, OH-based private real estate company focused on self-storage and single-tenant properties. Mr. Osgood is primarily responsible for the acquisition and financing of properties, as well as overall responsibility for the organization. Mr. Osgood currently serves on the Board of Directors of both National Storage Affiliates Trust (NYSE:NSA) and Hannon Armstrong Sustainable Infrastructure Capital Inc. (NYSE:HASI) as an independent director. He is a member of each company's audit committee, including chair of Hannon's.

Mr. Osgood served on the Cleveland Area Chapter's Board of the Alzheimer's Association having been elected in 2010 and served through 2016. He also served from 1992 thru 1996. He completed a term as Chapter Board Chair from July 2013 through June 2015. He also participated in several State of Ohio Memory Day events. He also served on the National Policy Implementation Work Group. Mr. Osgood has attended many Public Policy Forums serving as chair of the Forum in 2017. He most recently served on the Audit and Mission Outcomes committees of the Alzheimer's Association Board of Directors. Mr. Osgood has been an AIMPAC contributor since 2014 and is a member of the Leadership Society.